Wild Turkey Private Barrel Selection – Tasting Russell’s Reserve Out of the Barrel in Warehouse A.

Private barrel selection is nothing new for bourbon in general, but it is new for Wild Turkey.  Last week I had the pleasure of selecting a barrel of Russell’s Reserve “Small Batch Single Barrel” (yes, that’s either redundant or self-contradictory).  You’ll find it in stores bottled at 110 proof, with no age statement (but reportedly aged for 8-9 years), at a cost just under $50.00.  I helped some new friends from Hard Water (http://hardwaterbar.com/), which is Charles Phan and Olle Lundberg’s San Francisco whiskey destination, narrow down the barrel selection.

We started with lunch with Eddie Russell at a local Lawrenceburg, Kentucky country buffet called Tonya’s Hometown Buffet, just a few minutes from Wild Turkey.  I had to explain to our San Francisco guests that macaroni and cheese really is part of a vegetable plate in the south, but mostly we listened to Eddie’s stories and got to know him.  We learned about Wild Turkey and bourbon legends like Eddie’s father, Jimmy Russell, and Ed Foote (who we all had just met the night before at the Kentucky Derby Museum event moderated by Fred Minnick), but we were spared all of the marketing stories that you typically hear.

After lunch, Eddie treated us to a behind-the-scenes tour of the distillery and new bottling facility.  I’ve taken the regular tour, and there you only see some areas through glass.  But with Eddie, we went into the still room, the control room and the sensory lab where Jimmy, Eddie and their team taste all varieties of Wild Turkey, and where we were excited to see some of the components for the upcoming special release of “Wild Turkey Diamond Anniversary” to celebrate Jimmy Russell’s 60 years at the distillery. 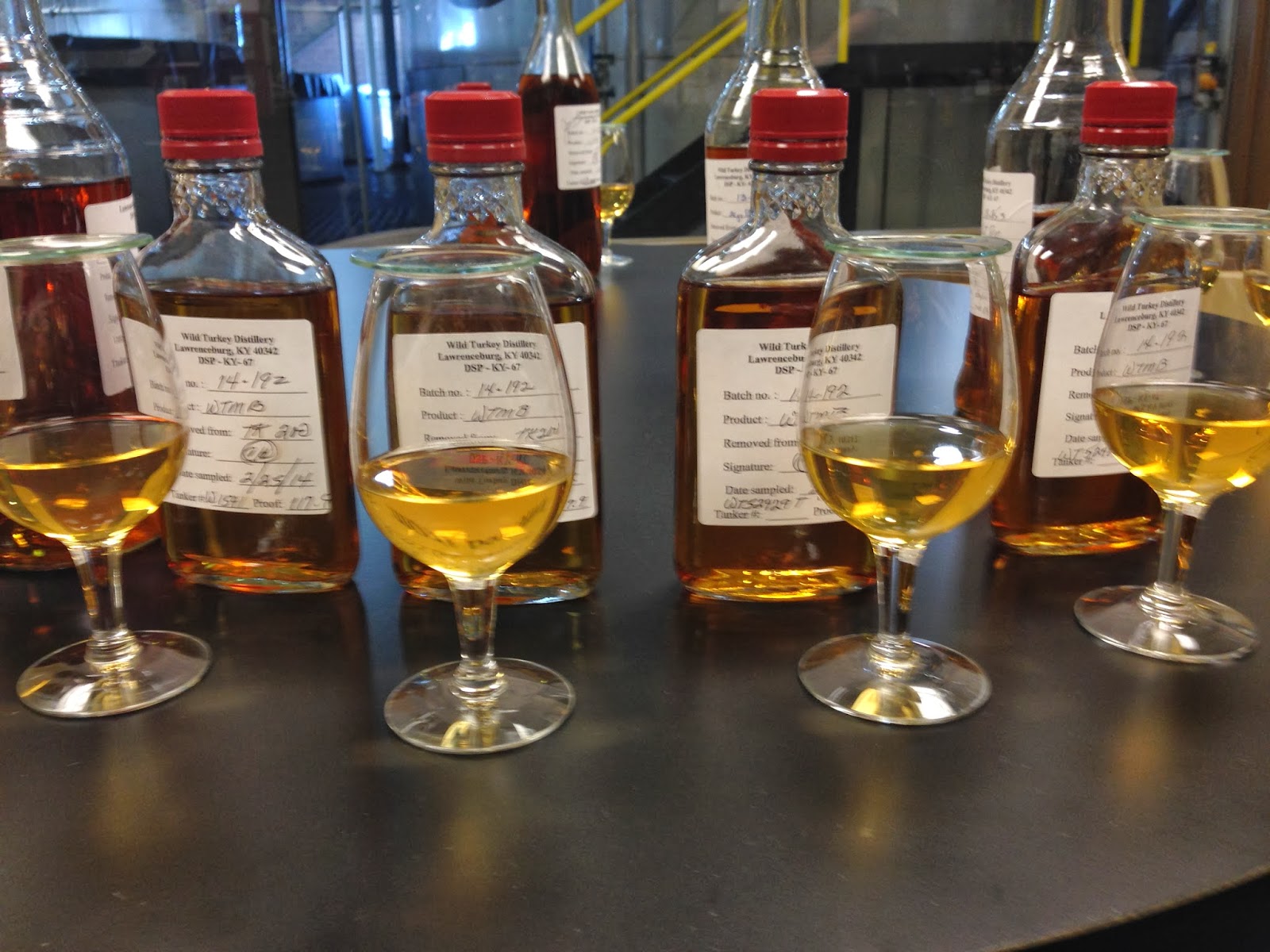 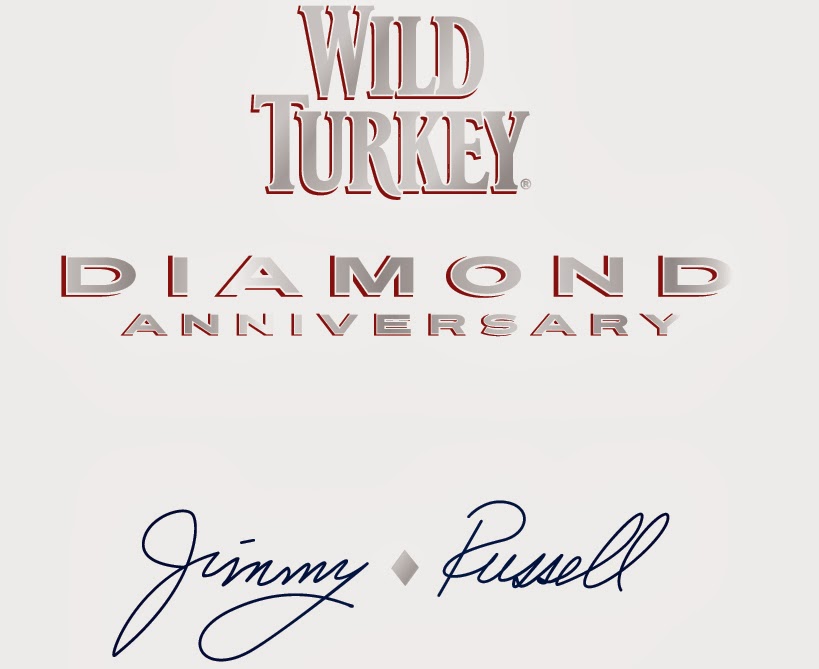 Our anticipation had been building throughout the tour, so we were all ready for the short drive to Warehouse A, built in 1890 on a bluff overlooking the Kentucky River.  The weather outside was in the low 60’s, but on the first floor of Warehouse A it was at least 20 degrees cooler.  Eddie had pre-selected a group of barrels for our tasting and had them moved down to the first floor.  His goal was to present barrels that were different from the precise profile sought out in the standard Russell’s Reserve. 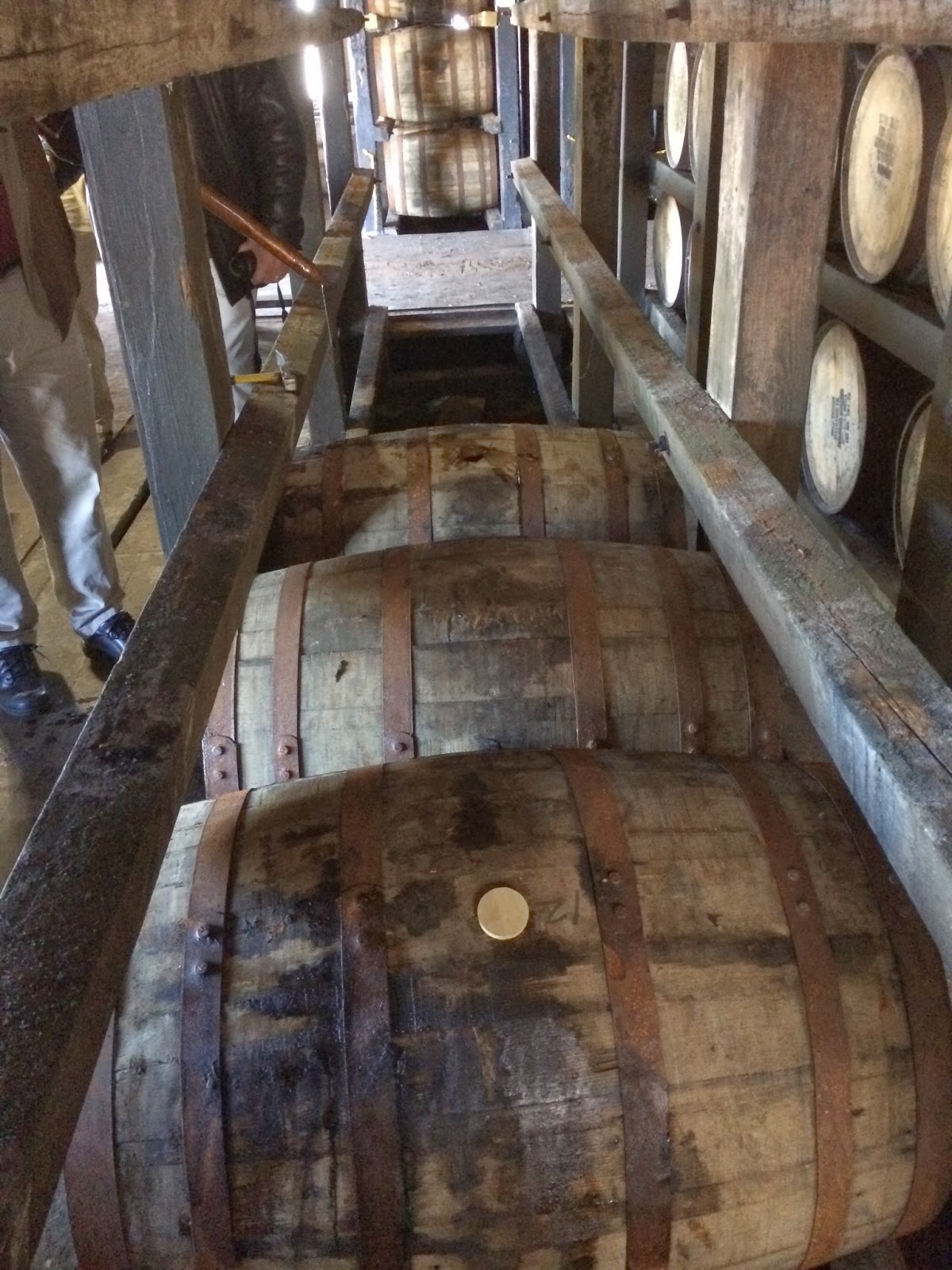 Russell’s Reserve and the other Wild Turkey brands go into the barrel at lower proof than many other distilleries – usually around 110 proof – which results in lower barrel proof upon maturation.  We tried 6 barrels, all just shy of 10 years, and all about 113 proof.

1.   The flavor of the first barrel was very subtle, almost delicate.  It was alright, but we wanted more, especially for a whole barrel.

2.   The second barrel was much spicier, and we thought it would be a contender.

3.   The third barrel left the first two in the dust, especially if Hard Water planned on using its barrel for any signature cocktail, because it would really shine through.

4.   The next barrel was very different – less spicy and perfectly tuned for sipping neat.  We were the first outsiders to ever try this barrel.

5.   Our fifth barrel was similar to the fourth in that it would be best sipping neat.  It had a very similar profile, but was more complex and had a longer finish.  The #4 alligator char really came through on the color, especially.

6.   We thought we had our barrels narrowed down and then Eddie said “let’s try one more.”  We were glad he did.  The last barrel had incredible flavors with complexity of caramel sweetness plus spice.  It only had a small hint of wood, and the finish was smooth and long.

Russell’s Reserve is not chill-filtered, so we won’t lose anything from what we tasted in the private barrel.  Wild Turkey will bring the proof down to 110, so we’re losing about 1.5% ABV, but that won’t be enough to change the experience.  This is going to be worth a road trip to San Francisco.  While we’re all waiting though, I highly recommend a purchase of the 110-proof standard version of Russell’s Reserve.

Color:
Deep amber (although the first barrel was a much lighter than the others).

Nose:
Some barrels were pretty subtle, but our top three had rich caramel sweetness and rye spice.

Taste:
Given the temperature on the ground floor of Warehouse A, we essentially tasted chilled bourbon.  Because all barrels age differently, two rose to the top has having great spice if that’s your preference, but also meaning that they would hold up great in a signature cocktail.  Two others rose to the top as a more mellow bourbon to sip neat.  They were all creamy on the palate with bold, complex flavors of caramel and cinnamon, and very drinkable despite the proof.

Finish:
The finish was long and smooth, with noticeable but comfortable heat.