Just like federal law provides minimum grain composition requirements for a spirit to be called “Bourbon” (at least 51% corn) or “Rye” (at least 51% rye), federal law requires “Wheat Whiskey” to contain at least 51% wheat.  Bourbon, of course, often contains a much higher percentage of corn, and then usually adds rye as a secondary grain, but a handful of brands (Maker’s Mark, the Weller line, Larceny, Rebel Yell and that brand that has had everyone in a crazed state for the past five years) use wheat as the secondary grain.  Those “Wheated Bourbons” still qualify as “Bourbon.”

So here, this edition of Parker’s Heritage Collection is basically Bernheim Wheat Whiskey aged almost twice as long as normal, but also bottled at barrel strength (instead of Bernheim’s 90 proof) and without chill filtration.  And like last year’s “Promise of Hope” edition, Heaven Hill will be donating part of its proceeds to ALS research and treatment in honor of Master Distiller Emeritus Parker Beam.  However, whereas the “Promise of Hope” donation was $20 per bottle, this year the donation is just $5 per bottle.

Distillery:        Heaven Hill – so distilled in Louisville and aged in Bardstown

Color:
The age and lack of chill filtration give this whiskey a nice deep bronze tone.

Nose:
The nose is crisp, and has hints of graham cracker, vanilla, chess pie, honey and oak.  The high proof is there, but it is not distracting.

Taste:
Unlike the last high-proof Heaven Hill whiskey I reviewed, the high proof here does not need any taming, and instead this 8th Edition really shines as-is, so try it neat (but there’s still room for an ice cube or a splash of water if you prefer).  What Bernheim – which I really enjoy, incidentally – lacks in complexity and power, Parker’s Heritage Collection brings with balance and the brute force of barrel strength.  It balances the mellowness of wheat, the sweetness of vanilla, toffee and ripe cherry, the spice of black pepper and the dryness of oak and a little leather, with a hint of fresh mint to boot.

Finish:
The finish is warm and long.

First off, the premium price charged by Heaven Hill at the Evan Williams Bourbon Experience is a shame.  I’m all for the free market setting the retail price, but I don’t understand why Heaven Hill would charge more to people who go out of their way to visit its gift shops.  Still, I don’t have buyer’s remorse for paying the premium price by any stretch of the imagination.

On the other hand, “Original Wheat” is being released to retail stores in the next week or so, and if you can find it around the expected retail price of $90, I highly recommend its purchase. 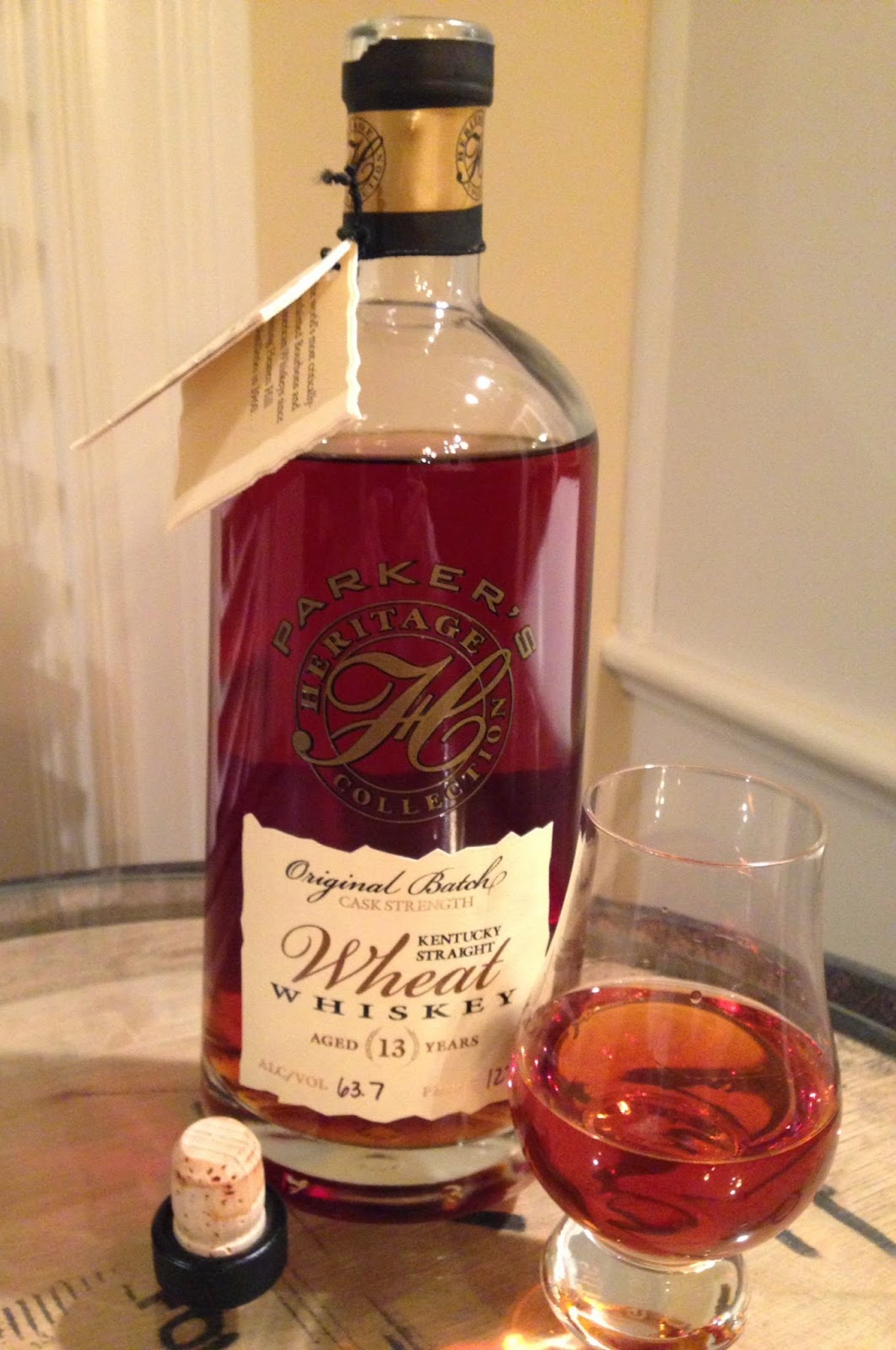