Lost Prophet is Diageo’s fourth Orphan Barrel brand, a 22 year-old Bourbon distilled at the George T. Stagg Distillery (now Buffalo Trace) and moved for storage to Stitzel-Weller in Louisville, although I cannot find a definitive answer to the question of when or why these barrels were sold to Stitzel-Weller or its subsequent owners, who continued to age Bourbon after distilling ceased there.

However, I think the reason can be put together from the status of the Bourbon industry at the time.  According to the Buffalo Trace timeline (link here), in 1991 employment at the distillery had dwindled to 50 people and the distillery was in danger of closing.  That’s when Lost Prophet was distilled.  As a reminder, lean times had struck the Bourbon industry, but the resurgence was practically around the corner for any distillery that could outlast the downturn.  The George T. Stagg Distillery had been known by several names before Prohibition, and some of my posts about Col. E. H. Taylor, Jr. have tracked its progression.

The distillery was bought in 1920 by Col. Albert B. Blanton where it served as a concentration warehouse and bottling facility for “medicinal” whiskey, and also continued to distill medicinal whiskey.  Schenley bought the distillery in 1933 and developed the Ancient Age brand with Col. Blanton still in charge of the distillery.

Ancient Age Distilling Co. bought the distillery in late December 1982, and in 1992 the Ancient Age brands, using what is now known as the Buffalo Trace mash bill #2, were sold to Takara Shuzo Co. of Japan, while the distillery itself was sold to Sazerac.  Sazerac developed other brands, eventually including its namesake Buffalo Trace, using a lower-rye mash bill, now known as mash bill #1, while continuing to use mash bill #2 for Blanton’s, Elmer T. Lee, Ancient Age, and others under an agreement with Takara Shuzo.  Given the timing of the distillation, it is not surprising that the Lost Prophet mash bill is similar to what is popularly believed to be the current mash bill #2.

So now through corporate mergers, Diageo has come to own Bourbon distilled at George T. Stagg in the last years before that floundering distillery was saved by the Sazerac turn-around.  Has it been worth the wait?

Tasting Notes
Disclaimer: Diageo kindly invited me to an event at Stitzel-Weller to sample Lost Prophet for this review, without any strings attached.
Thank you.

Color:
Dark amber to old copper.  Much darker than our comparison Barterhouse.

Nose:
Some oak, but not overpowering.  Dark fruit, honey sweetness, corn, and clove.

Taste:
This is a full, creamy Bourbon, with a prominent butterscotch flavor, along with rich fruit, vanilla, nuttiness, and a bit of leather.  Like the nose, there’s some oak, but it’s nowhere near overpowering.


I’ll have to revisit this since it’s risky to review based on a single tasting, and I’ll hold my normal scoring until then.  I’ll also have to compare Lost Prophet one day to the other Orphan Barrel editions, but more interestingly, maybe to Elijah Craig 23.  In the meantime, from the samples provided, Lost Prophet strikes me as the best Orphan Barrel thus far, although the price dampens my enthusiasm.  Still, this one will be worth shelling out the expected retail price, and I’ll start hunting after the release later this week and next week. 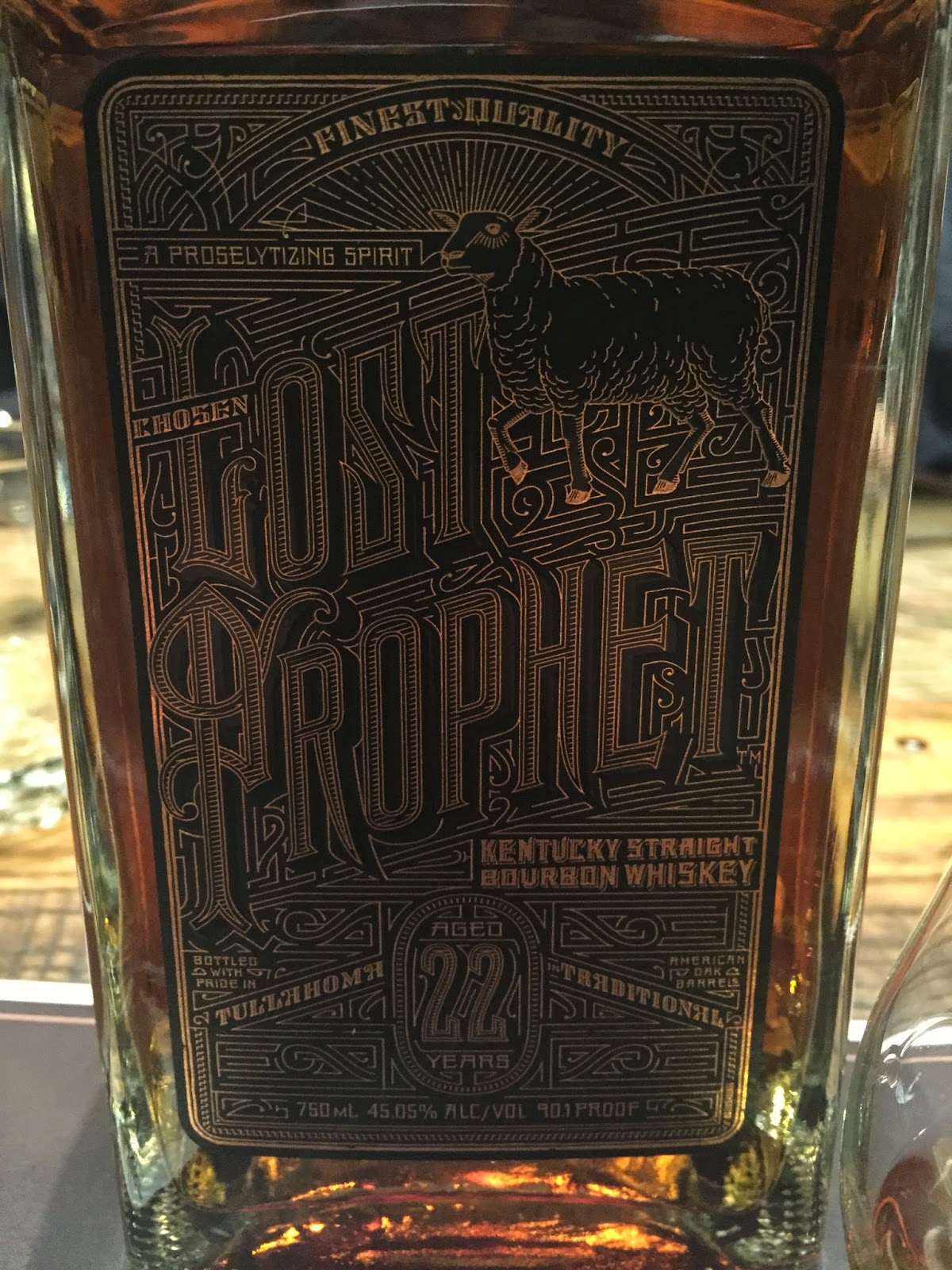