It may be an epic endeavor to rate all ten Four Roses recipes (as a few reviewers have already done before me), but I’m up for the challenge. 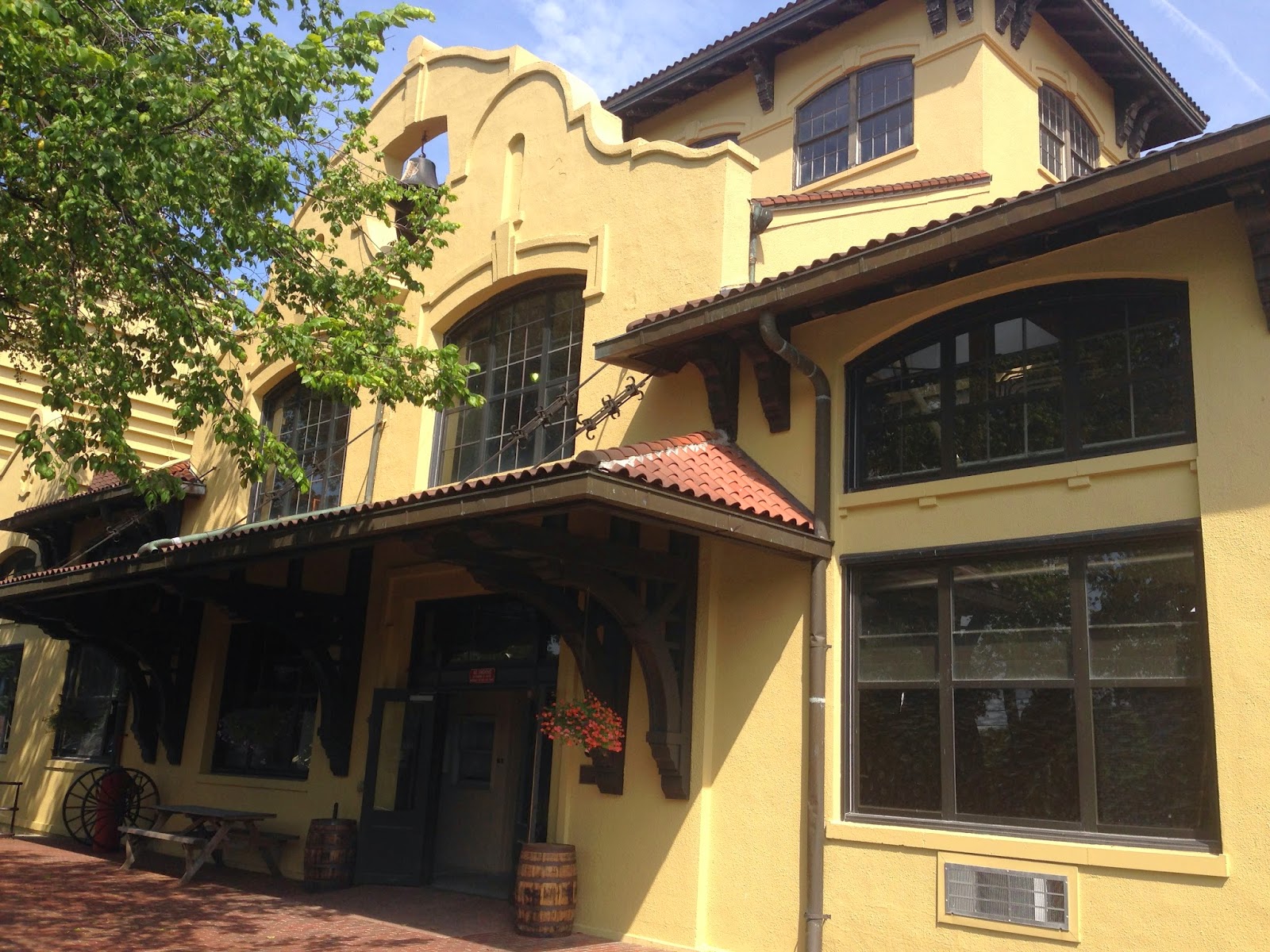 Before jumping in, as a refresher, the ten total Four Roses recipes are each represented by a four-letter code.  The only letters that change in the code are the second and fourth letters, however, so you can start with “O___S___” where “O” designates Four Roses in Lawrenceburg, Kentucky and “S” designates that the Bourbon qualifies as “Straight” whiskey under the federal regulatory scheme.

The second letter will either be “E” or “B,” which represents one or the other of the two mash bills used by Four Roses.  Unlike many brands who try to hide their mash bill percentages, Four Roses is upfront, and has disclosed these percentages:

Note that each mash bill has a higher rye content that most other distilleries who claim to have a “high rye” Bourbon.

The fourth letter in the code represents one of the five proprietary yeast strains used by Four Roses, represented by the letters V, K, O, Q or F, which Four Roses describes as having these characteristics:

Some of these are very different from the others, while some show distinct family traits and are hard to differentiate.  Trying each of the ten recipes might let you identify which mash bill / yeast combination you prefer, or maybe you’ll conclude that for the money you prefer the standard OBSV at 100 proof.

There’s a bit more deciphering to do on Four Roses Single barrel bottles, though, whether you buy the standard OBSV 100 proof, or a private barrel.  I’ve always appreciated Four Roses for giving not just barrel number, and not just the warehouse location, but also the directional side of the warehouse (North, South, East or West), the rack number (out of 180 racks per warehouse), the tier where the barrel lived, and a letter code for depth into the row (A=1, B=2, etc.).  This is a wealth of information that no other distillery shares. 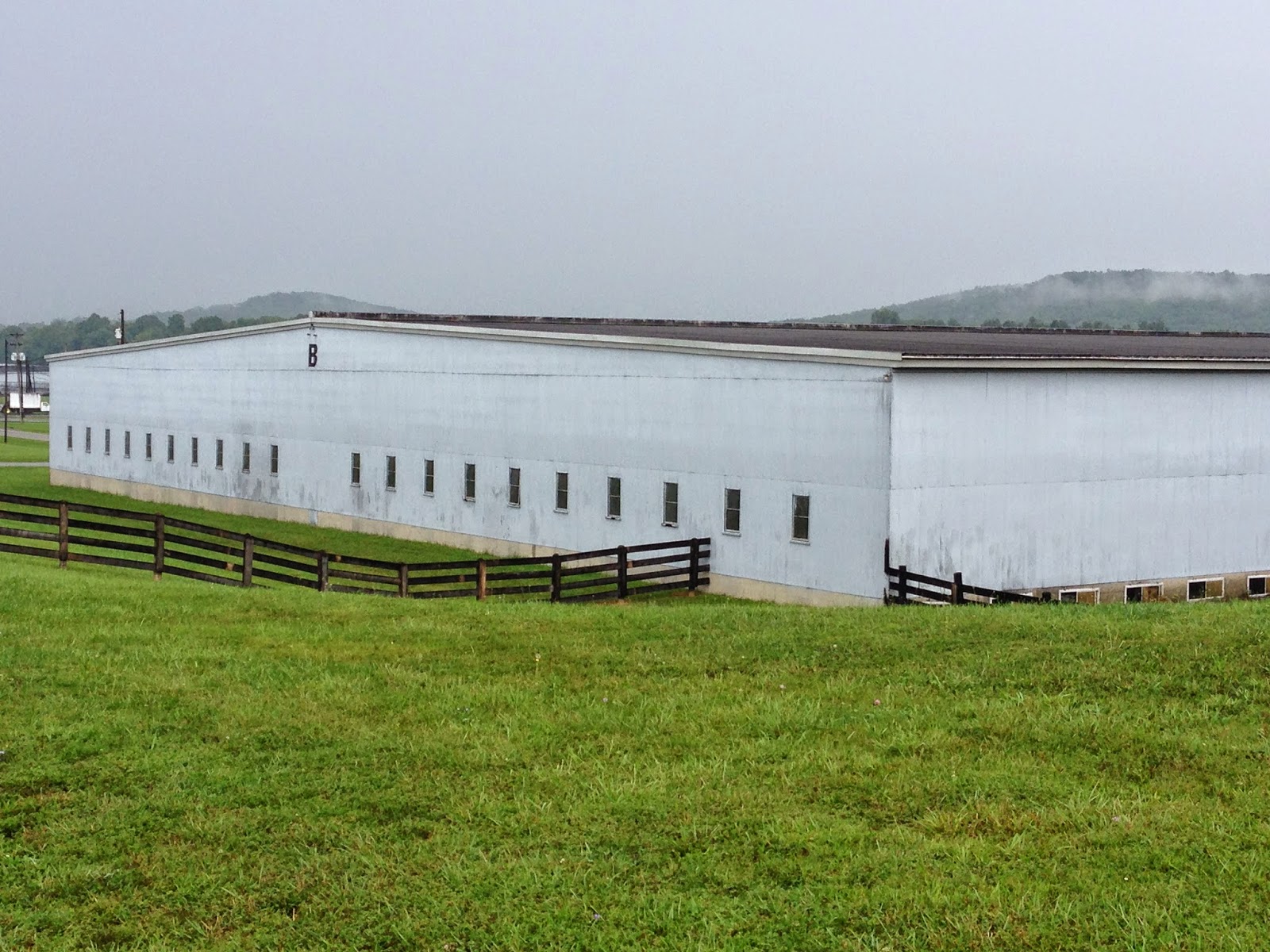 “B” is for “Bourbon,” but the Warehouse is on the label too.
I haven’t purchased all ten recipes yet, so for those missing recipes, I’ve simply noted characteristics from private barrel selections that I’ve attended, and I’ll be updating this post as I add new bottles.  In the meantime, let me know your favorite Four Roses single barrel recipe in the comments below or on Twitter.

(1)               OESV
A 9-year, 5-month barrel of OESV was one of my favorites in an October 2013 private barrel selection.  It had a huge nose, great warmth and an outstanding balance of spice and fruit.  Nothing was particularly dramatic about it, but on the other hand, all of its pieces were put together just about perfectly.

2015 Whiskey Barrel Society GW-39-4V
11 years 2 months
ABV:  62.4%
Cost:  $60.00
Notes:  This OESV is full of dark wood and spice, but also plum, brown sugar, toffee, and mint.  There was nothing “delicate” about this one, despite the reputation for the “V” yeast, but it seemed to me that its rawness was due more to the vigorous heat.  The complexity and flavors of Four Roses private barrels are usually not overpowered by a heat, but the high proof along with prickly oak of this private barrel make it a bit of a brute.  Even the finish was more of a burn than a swell of flavors.
Score on The Sipp’n Corn Scale:  3.0

2013 Yankee Spirits Private Barrel KW-89-1I
9 year 9 month
ABV:  55.5%
Cost:  $60.00
Notes:  The pairing of the low rye mash bill with a spicy yeast resulted in a Bourbon that starts with a fantastic spicy nose, followed by a balanced taste with big caramel and vanilla balanced with great cinnamon and rye, and opens up with more candy sweetness and ripe fruit with a splash of water.  The finish is medium to long with vanilla, oak and fresh-baked cookies.
Score on The Sipp’n Corn Scale:  4.0

2014 Evergreen Liquors Private Barrel HE-24-3R
9 year 6 month
ABV:  58.6%
Cost:  $49.99
Notes:  Dark amber with a great nose of rye, caramel, vanilla and blackberries.  Rye and cinnamon mark the taste, along with dark fruit, oak and a creamy feel.  Overall dry but great balance, and fine to sip neat despite the ABV.  Sweeter with ice or a splash of water.  Long, warming finish.
Score on The Sipp’n Corn Scale:  4.0

I’ve tried two of these barrels, both aged 11 years, and they were both very good, most noticeably with a lot more spice and warmth than I might have predicted from the recipe, and less fruitiness than I expected from the yeast.

2014 Liquor Barn Private Barrel RN-85-3H
10 year 1 month
ABV:  59.0%
Cost:  $53.99
Notes:  The floral yeast resulted in a Bourbon that was way too perfumey for me.  It reminded me of potpourri.  I don’t know if this was the pairing with the low rye mash bill that did this, whether it was just the yeast coming through, or whether this barrel just turned out this way, but it’s not drinkable in my opinion.  To be fair, others have absolutely raved about this recipe.
Score on The Sipp’n Corn Scale:  1.0

This is the standard recipe used by Four Roses for its 100 proof Single Barrel, pairing the high-rye mash bill with the slightly fruity yeast to create a really outstanding balanced Bourbon.  This is one of my absolute favorites, and thankfully I can always find it priced right about $30-$35 in Louisville.

2015 Bourbon Crusaders Private Barrel JE-1-1E
9 years 2 months
ABV: 58.6 %
Cost:  $62.00
Notes:  Pronounced legs with a standard amber color.  Nice intensity with aromas of caramel, brown sugar, dry grasses, and cola.  Cola comes through in the taste too, with rich caramel, brown sugar, dark, ripe fruit, with a kick of pepper, cinnamon, and oak.  The amount of oak was just right. The finish was medium-long, and it had the gear-shifting transition that I love to find, from warm brown sugar to oak with faint spearmint.  This is a remarkable Bourbon.
Score on The Sipp’n Corn Scale:  4.0

(8)               OBSO
Pairing the high rye mash bill with the richly fruity yeast strikes me as a winning combination, so long as they don’t fight against each other.  But when I tried OBSO out of the barrel last August, I reacted immediately with a “no.”  Instead of rye spice or fruitiness, I got a lot of baking spice and floral notes.

Our OBSQ barrel was fourth in the lineup at a barrel selection last year, and it jumped out to an early lead with the best nose and finish to that point.  It had caramel with distinct candied cinnamon, along with nice oak, and importantly for my preferred profile, the floral notes from the Q yeast were extremely subtle.  It stayed in contention, but ended up being ranked third or fourth overall.

(10)           OBSF
The “herbal essence” yeast combined with the high rye mash bill was a little too much for me this past August.  It had a ton of heat, spice and perfume.  I have an unopened bottle from a Bourbon Society private barrel, so I’m hoping for a better experience.